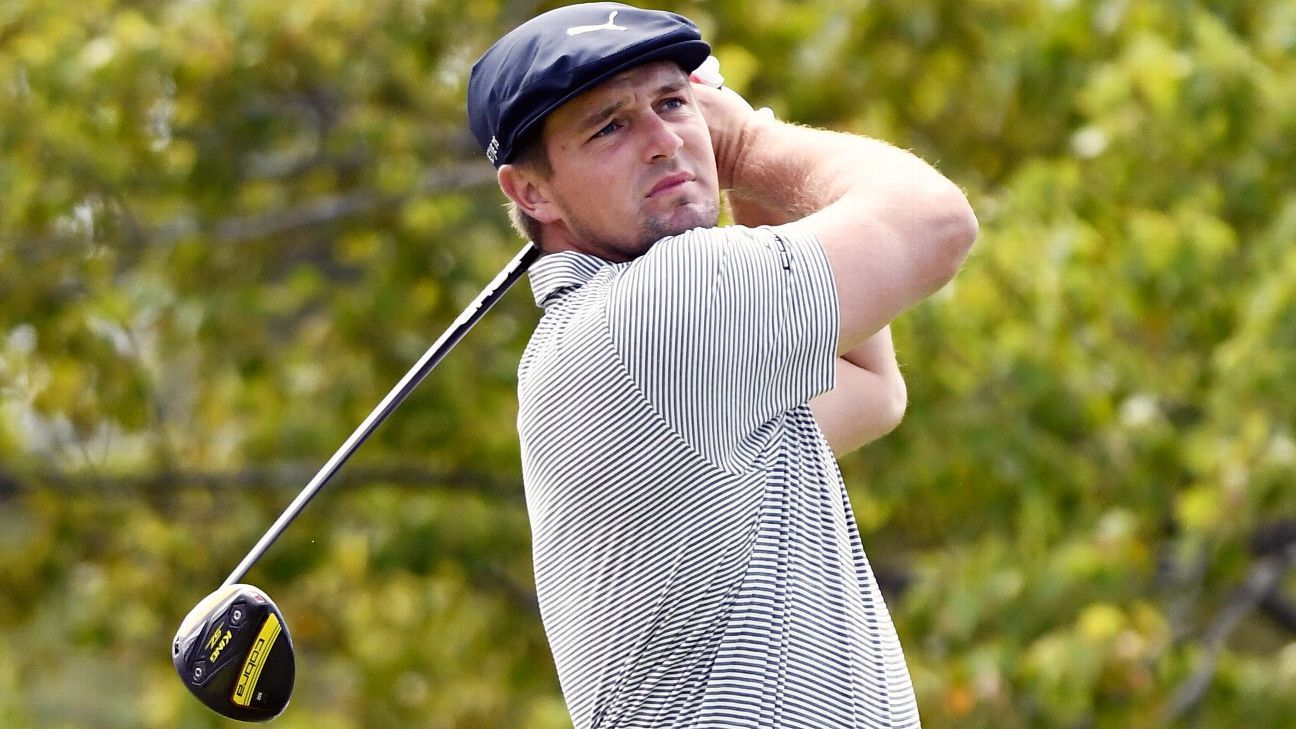 Bryson DeChambeau apparently believes he’s not hitting the ball far enough, so he’s been working on an equipment change ahead of next month’s Masters.

DeChambeau, who is making his first start since winning the U.S. Open last month at Winged Foot at this week’s Shriners Hospitals for Children Open, said Wednesday that he’s been working with a 48-inch driver and hopes to unveil it at Augusta National.

A longer shaft, presumably, would allow him to hit the ball farther. DeChambeau, who has undergone a well-chronicled transformation in the past year that has seen him add weight to get up to 240 pounds, led the PGA Tour in driving distance for the 2019-20 season, averaging 322.1 yards off the tee.

“I’m looking forward to trying to put in a 48-inch driver and see what that can do for the golf course and what opportunities it will present me,” DeChambeau said at TPC Summerlin in Las Vegas, site of this week’s tournament. “It’s going well. I think there is a lot of, I guess you would say advantages to having a 48-inch driver and being able to put it in play and keep it in play.

“So working on that. Still need to get some things worked out, but so far it’s been pretty amazing.”

The 48-inch shaft is the longest allowed in the Rules of Golf. DeChambeau typically uses a 45 ½-inch model although he has experimented with the longer version at times.

He said at the U.S. Open that he was working on getting the proper shaft firmness because “that thing went everywhere. I had no control.”

At the time, DeChambeau said his team was working on a shaft that could withstand 210-mph ball speed and that he would unveil it when he felt comfortable.

“If it’s as consistent as what I’m doing now, there’s no reason why [I wouldn’t use it,]” DeChambeau said. “I’d be using it everywhere out here. It would be even more of an asset to me.”

At the tournament this week, officials had to ask DeChambeau to stop hitting his driver on the range because shots were clearing a fence some 350 yards away and landing in a road. He backed up 40 yards instead.

In the meantime, DeChambeau said he’ll try to drive four par-4s that he believes can be reachable off the tee at TPC Summerlin.

“I’ll try to drive them and get up as close to the green as possible,” he said. “At the same point, it’s about putting, chipping, wedging. You still got to do everything else really well. So if I play well, ball strike it well, and putt well, I think I’ll have a good chance again.”

DeChambeau said he derives the most satisfaction from trying to conquer hitting the driver well.

“I think it’s the most fun,” he said. “I watched “Happy Gilmore” a little while ago and it just re-inspired me to try and hit it as far as possible.”